Her heart beat stubbornly in her chest whenever she took a couple of steps during a routine evening walk.

When alone, she clasped her face in her palms, a sign of guilt. She needed to see a doctor who would help her manage her diabetes better but she always postponed it and indulged in soul food.

Tina felt like she had kept her heart in a little cage.

It was worse when she looked down her middle and the abdominal fat was a stark and daily reminder that it was going to be harder to manage diabetes type 2 complications. The daily insulin shots were a constant nag that she should consider a total lifestyle change and probably get off insulin.

A diabetes type 2 diagnosis  two years ago had changed her life entirely. She yearned for a more productive and fulfilling life when she would live a full-life again. She yearned to fill the earth underneath her feet and the calming wind on her skin once again.

A colleague mentioned a diabetes remission programme that promised a lifestyle change and weaning off from insulin over time.

This is a term commonly used when referring to cancer.

However, the term is also now commonly being used to describe the effects of a radical low-calorie diet to manage diabetes type2 patients.

First done as part of a study by Prof Roy Taylor a decade ago, Dr Daniel Katambo, a diabetes specialist, defines diabetes remission as a state of health when the blood glucose levels of persons with diabetes type 2 are within a normal healthy range and they are not taking any diabetes medication.

“Diabetes type 2 remission  is defined as achieving an HBA1C of less than 6.5%  and maintaining it for three months without medication ”  said Dr Katambo, the Founder and C.E.O of Afyacode Ltd.

Through Afyacode , Dr Katambo is committed to creating awareness on the importance of Therapeutic Nutrition in management of non-communicable diseases, especially in the reversal of type 2 diabetes.

Dr Katambo runs a successful type 2 diabetes remission programme in Kenya which originally began in Bermuda where patients reduce the amount of carbohydrates to manage weight and eventually reverse diabetes.

But what is the co-relation between being overweight and obese and the development of Type 2 diabetes?

Dr Katambo observes that there is a notorious type of fat that is predominantly around the stomach known as as visceral fat. This extra weight around the stomach leads to fat building up around vital organs such as the pancreas and liver which causes them to not work as effectively and results in diabetes.

In most cases, Type 2 diabetes is characterised by accumulation of more fat in the liver and pancreas than an individual can tolerate. As a result, the excess fat within liver cells causes insulin resistance. When the individual loses weight, this entirely resolves if liver fat falls to low-normal level.

Better sleep is another bonus benefit of losing weight.

Wilma S. Leslie from Glasgow University and colleagues describe The DiRECT study by as a landmark study that showed high rates of diabetic remission for participants who lost more than 15 Kgs.

This globally quoted study also showed that people in remission could return to normal maximal insulin secretion rates if they maintained their weight after the initial rapid weight loss.

“Diabetes remission isn’t a cure. If you return to your old eating lifestyle and habits, diabetes may knock on the door once again sending us back to square one,” Dr Katambo warned. 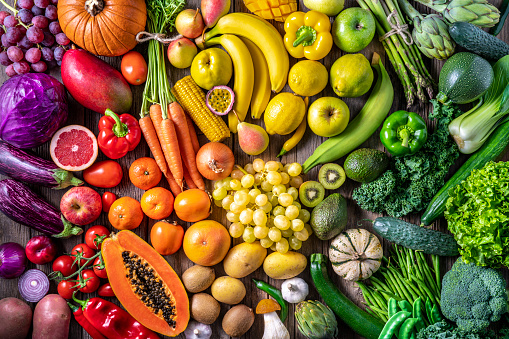 So, what next after the weight loss?

Dr Katambo observes that the individual should receive social support from family and friends to achieve the weight loss and avoid a regain.

“In our African settings and as social beings, we bond, love and laugh over a plate of food and a glass of a potent drink to ‘help’ with digestion. We need to achieve the same socialisation goals through ‘clean’ plates and appropriate diets’ said Dr Katambo.

Whereas the initial days in the diabetes reversal programme were clouded with fear Tina has had a quick bounce back to hear active lifestyle, six months later, free of the diabetes medications. As the sun creeps over the horizon, she is happier and more optimistic of her life. Taking charge of her lifestyle is has given her back a bubbly life.

This is the beginning of the rest of her life and she can feel it, thanks to a change of lifestyle.

“I am more energetic, healthier and happier. Reversing diabetes is the best decision I have made in my life ,” Tina concluded.

It is a nurturing period dotted by hot daily drinks. In some cultures, a hot oil massage is cherished in the first 40 days after delivery. It encourages healing by providing nourishment, warm d
Read More

Joining the dots on haemophilia, the royal disease

Is it an invisible illness? Just because you do not see it, does not mean that it is not happening. This is the story behind haemophilia, a bleeding disorder. But first, we begin with an interestin
Read More