Pregnancy brings a new meaning to the concept of life. And there is a sanctity involved with bringing a child into this world.

However, this feeling of sacrosanctity can be interrupted by a silent epidemic where babies are being born too soon or claiming the lives of pregnant women, their unborn babies included. Medical notes of this condition can be traced back to 2,500 years ago. However, it is not fully understood what causes it.

Consultant Gynaecologist & Obstetrician Dr Nelly Bosire agrees that pre-eclampsia has been featured more frequently recently in every day conversations in Kenya for the last five years. And whereas there is little information on how to prevent this pregnancy complication, Dr Bosire is optimistic that increased awareness of pre-eclampsia will save more mothers and their babies.

“Pre-eclampsia can be silent. But we need to speak up. The collective power of pre-eclampsia awareness cannot be ignored. We need to create awareness as one of the top causes of maternal deaths globally, Kenya included,” Dr Bosire said. Pre-eclampsia affects 3 to 5% of pregnancies.

Dr Bosire defines as a pregnancy complication that begins any time after the fifth month of pregnancy and is characterised by high blood pressure and presence of proteins in urine. High blood pressure affects the placenta’s ability to deliver oxygen and nutrition to the unborn baby while causing progressive damage to the mother’s organs and this affects the mother’s function of the kidney.

Dr Bosire notes that in some cases, pre-eclampsia is unpredictable even for expectant women who religiously observe their ante-natal clinic appointments.This is despite the fact that pre-eclampsia has been described as having a gradual and insidious onset. Eclampsia is diagnosed when a pregnant woman with pre-eclampsia develops convulsions.

Despite both pre-eclampsia and eclampsia being sometimes unpredictable, Dr Bosire is optimistic that the deaths caused by these two conditions are can be prevented through the provision of timely and effective care. “This is a sensitive balance by the expectant mother raising an alarm whenever she has signs that point towards pre-eclampsia. It also takes a keen medical team to suspect pre-eclampsia and act immediately. There are two lives to save, or more, in the case of multiple pregnancy,” Dr Bosire notes.

• Severe headaches
• Changes in vision, including temporary loss of vision, blurred vision or light sensitivity
• Upper abdominal pain, usually under your ribs on the right side
• Nausea or vomiting
• Decreased urine output
•Yellowing of eyes
• Impaired liver function
• Shortness of breath, caused by fluid in your lungs

High blood pressure is a sign and symptom of pre-eclampsia. Photo by Jair Lázaro on Unsplash

Dr Bosire further warns that swollen feet, hands and sometimes the face, should not be interpreted as normal in pregnancy. “The swelling means that there is accumulation of fluid internally and this sends a very strong signal that all is not well,’ Dr Bosire said.

“In some cases, the feet of the pregnant mother swell after a long day at work. However, if this swelling does not go away, it should be checked urgently. This can be evident if the fingers are also swollen and the face feels extra puffy,” Dr Bosire said.

Blurred vision is a sign of complication of pre-eclampsia involving the central nervous system. These include bleeding in the brain known as intracranial haemorrhage or cerebral oedema which is swelling of the brain. Dr Bosire warns that preeclampsia can further complicate and cause damage to the liver leading to a medical condition known as HELLP syndrome. This is the destruction of red blood cells coupled with elevated liver enzymes and a low platelet count. (to be featured in an upcoming special article)

Pre-eclampsia is unpredictable. Photo by Alexander Krivitskiy on Unsplash.

Whereas it is hard to predict who is at risk of getting pre-eclampsia, Dr Bosire warns that there are sine wimen who are already predisposed and these include those who have suffered pre-eclampsoa/eclampsia before, those already with chronic hypertension and those carring a multiple pregnancy. (twins, triplets etc). Pre-eclampsia has also been associated with a genetic risk hence for a woman whose mother had the condition, she is twice as likely to have it.

“The ultimate treatment of pre-eclampsia is delivery of the baby,” said Dr Bosire noting that there could be a likelihood of the baby to be born too soon. And the medical team and family members should be keen about. The first 48 hours after delivery are also very crucial hence complaints like persistent severe headaches, stomach pains, vomiting, vision and breathing problems should not be ignored. Immediate treatment should be given and involve a multisectorl medical team.

A special edition of pre-eclampsia in the September 2015 Lancet Medical journal observes that simple preventive measures, such as low-dose aspirin, calcium, and diet and lifestyle interventions, show potential but small benefit in predicting and managing pre-eclampsia.

Since pre-eclampsia also affects the placenta, this affects the supply of nutrients to the foetus hence there is a high likelihood that the babies born tend to be smaller in weight at birth.

According to the World Health Organisation, delaying the interruption of pregnancy may lead to progression of pre-eclampsia, eventually resulting in failure of the placenta to support the pregnancy, called placental insufficiency, and this may also lead to the mother’s organs failing and eventually lead to death.

But we do not want to get to death.

We need to find pre-eclampsia and stop it!

A day in the operating room; where skill and the scalpel meet to save lives

The operating room can be intimidating. The first cut, to the last stitching can be unerving. For many years, hospitals have been appreciated as beneficent places of caring and compassion. We are
Read More 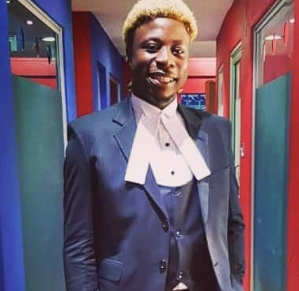 The ‘wakili’ stirring the halls of haemophilia advocacy

He likes his suits neat. But what’s unknown is that the dark, three-piece plaid suits hold his personal story firmly in place. The narrative begins with a newborn baby-boy who actively came into
Read More